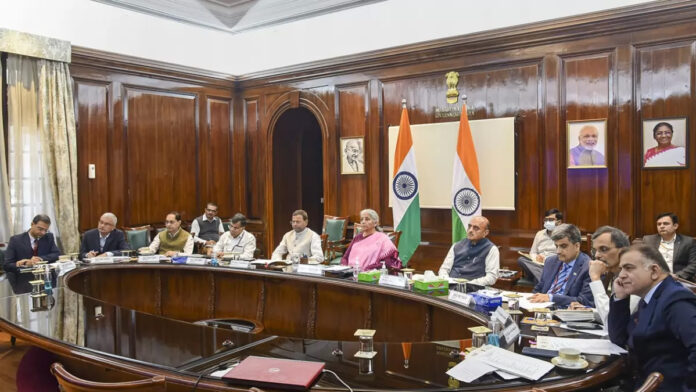 NEW DELHI, Nov 21: Finance Minister Nirmala Sitharaman will hold pre-Budget consultations with her State counterparts on Friday.
The meeting is part of the customary meetings that the Minister undertakes with stakeholders before the presentation of the Union Budget on February 1.
The pre-Budget meeting with State Finance Ministers will be held in New Delhi on November 25, an official said.
Ms. Sitharaman on Monday began consultation to seek suggestions for the Budget 2023-24 with industry captains and experts from infrastructure and climate change.On November 22, the Minister will meet the agriculture and agro-processing industry, representatives from the financial sector and capital market.
She will also be meeting the representatives of the services sector and trade bodies, besides experts from the social sector, including health, education, water and sanitation, on November 24, in virtual mode.
The Budget for the next year will have to address critical issues of high inflation, boosting demand, job creation and putting the economy on a sustained 8%-plus growth path.
It will be the fifth Budget of Ms. Sitharaman and the last full budget before the general elections slated for April-May 2024.