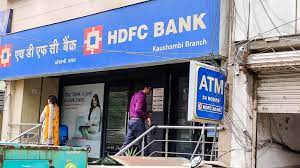 Agencies
HDFC Bank expects to amalgamate its home loan major parent HDFC into itself by September next year, a top official
said on Friday.
Both HDFC and HDFC Bank held general meetings on Friday to seek shareholder approvals for what is billed as the
largest merger in Indian corporate history at over $40 billion.
At the time of announcing the merger on April 4 this year, the entities had said the merger will take 12-18 months.
“We believe going by the past practice and going by past trends, it will take about 8-10 months time before an effective
date is announced,” HDFC Bank’s chief executive and managing director Sashidharan Jagdishan said at the meeting.
The merger will help expand the capital adequacy ratio of the merged entity by 0.20-0.30 per cent, courtesy the healthy
capital adequacy of HDFC Ltd, he added.
Given the fact that bank deposits have to comply with mandatory cash reserve ratio and statutory liquidity ratio
requirements, many shareholders at both meetings showed keenness to understand if the regulator will be offering some
forbearance for the merged entity on this aspect.
In the HDFC meeting, its chairman Deepak Parekh said HDFC Bank is engaged with the Reserve Bank of India on the
same but asked the shareholders to not worry.
“In case, the forbearances are not forthcoming, the merged entity is expected to have sufficient liquidity and
alternatives available to meet the necessary funding requirements,” Parekh said.
HDFC Bank’s chairman Atanu Chakraborty said all of HDFC’s subsidiaries will become subsidiaries of the merged
entity, but there are some which cannot be a part of the bank and will be divested.
It will be seeking approvals from the RBI and insurance watchdog Irdai (Insurance Regulatory and Development Authority of
India) for the merger of the subsidiaries, he said.
On the issue of board composition of the merged entity, Chakraborty said HDFC Bank will absorb some of the members
of HDFC’s board subject to requirements laid down under the Banking Regulation (BR) Act, Companies Act and other
statutes, and added that age, tenure and area of expertise are looked at by the BR Act.
Parekh made it clear to HDFC shareholders that he will not be joining the HDFC Bank board given the age mandate
and added that Chakraborty will continue as the chairman of HDFC Bank.
Chakraborty said HDFC’s Renu Karnad will continue to be on the board of the bank as her appointment is for a period
extending beyond the merger and the company secretary will also be joining the bank’s management team.

Jagdishan said that over 3,500 employees of HDFC will be joining the 1.61 lakh-strong staff of the bank, and almost all
of the 508 branches of HDFC will also get merged barring a few ones, which are in close proximity to an existing HDFC
Bank branch, which will have to rationalise.
The bank has also sought regulatory approvals for transferring the fixed deposits of HDFC into the merged entity, and will pay
interest as per the commitments, Jagdishan said.
Both meetings were chaired by NCLT-appointed Gautam Doshi, who said a copy of the voting result will be informed to
the National Company Law Tribunal by Saturday evening. 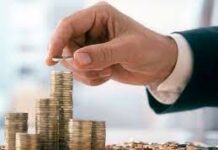 Investment in capital mkts through P- notes drops to Rs 96,292-cr in Dec 2022 on profit booking 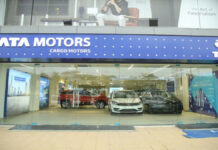