For the past few days, reports of severe vaccine shortage in our cities have dominated the narrative about India’s battle against Covid-19—apart from the horror stories about patients dying for want of hospital beds or oxygen. Adding to the grim picture has been the official confirmation that coronavirus is spreading into the rural areas. Whether it is rural Uttar Pradesh, Madhya Pradesh, Maharashtra, Rajasthan, Bihar, Gujarat, Tamil Nadu or Haryana, many villages have witnessed a surge in cases.

Prime Minister Narendra Modi was the first to acknowledge last week that the pandemic was rapidly spreading in rural areas, as he urged citizens to take precautions, wear masks and maintain social distance to check the spread of a disease that has claimed at least 2.6 lakh lives. One day ago, the Union health ministry announced that Covid ingress was now being seen in peri-urban, rural and tribal areas as well, citing a rising number of cases. It also came out with standard operating procedures (SOPs) for management and containment of Covid spread, which, among other things, asked the states to open 30-bed makeshift Covid care centres in panchayats, distribute oximeters and thermometers to villagers, deputy AYUSH doctors and community health officials and conduct training rapid antigen tests.

It did not mince words in stating that testing levels were very low and the medical infrastructure is not well-equipped enough to handle the crisis. Therefore, it wanted ASHA workers and panchayati raj institutions to be trained to identify early signs of Covid-19 symptoms.

As the first responders in this crisis, the village-level health and sanitation committees and the gram sabhas and women’s self-help groups could be mobilised for dissemination of information about Covid-appropriate behaviour and to enhance awareness about Covid symptoms and preventive measures, including distribution of home isolation kits for every affected family.

When the first wave of the pandemic hit us in 2020, rural India had largely remained unaffected. But the second one is not sparing it. So, the reports of the spread of the coronavirus have set the alarm bells ringing everywhere—because the bulk of our population lives in villages. But the challenges are more stupendous—not just because of the number of people. There is a huge problem of hesitancy to undergo tests, for fear of being stigmatised, which also extends to taking the jab.

Recent media reports have even pointed to strong physical resistance from villagers when health teams arrive, as many stupidly believe that Covid-19 is an urban phenomenon. Hence, they feel they should be spared from following any protocols. This is notwithstanding televised images of mass cremations, patients waiting for hospital admissions and literally gasping for breath.

This resistance—to undergo testing and taking the vaccine—compounds the fact these areas do not even have the necessary medical infrastructure to take care of those who get infected. This means that, even if the Centre’s claim that 216 crore doses of vaccine will be available by December comes true, we cannot be sure whether the hesitancy over taking the jab among a large section of people can be overcome easily. The reason: there are too many people who still say openly that the coronavirus vaccine is a ‘death vaccine’.

In Tamil Nadu, at many places, local villagers have refused to take the jab, citing the death of popular comedian-actor Vivek, who died of cardiac arrest two days after he took the vaccine. Ironically, Vivek had gone public with his jab in a bid to urge everyone to take the vaccine. So, his death came as a dampener for the vaccination drive though doctors were at pains to explain his death was not linked to vaccination.

In Kesarpura village, 14 km from Rajasthan’s Ajmer city, 15 people died of Covid-19. The state government rushed a team with vaccine vials to the village consisting of 1,300 residents–but not a single villager took the vaccine. Only one person, and that too, a health worker, took the jab.
At several places in Bihar, there have been complaints that villagers have thrashed health workers who went to vaccinate them. In other areas, health workers have been consistently pleading with villagers to take the vaccine, but none have agreed.

As media reports pointed out recently, the tribal population living in Maharashtra’s Shahapur, Bhiwandi, Palghar and Thane districts were hesitant to take the vaccine. In a bid to avoid the jab, some people had even fled to jungles in Gondia district. In these places, there is no dearth of testing kits or vaccine vials. In many instances, the vaccine centres wait the whole day for at least ten persons to show up to open a vial.

Karnataka has had a similar experience when tribals from Mysuru, Kodagu, and Chamarajanagar districts refused to take the jab. These districts have also reported instances of people escaping from isolation centres without completing the mandatory 14-day isolation period. They declare themselves negative and go back to their families when they stop experiencing symptoms.

That is why Haryana agriculture minister and farmer welfare minister J P Dalal said a few days ago that while urban India may have begun to recognise the importance of wearing a mask, social distancing, testing and vaccination, rural India is struggling and hesitating to get tested, treated or vaccinated for Covid-19. “Disinformation and myths on testing and vaccines abound in villages. We should make a conscious effort at an individual level to talk to our friends and relatives in villages about the facts on Covid-19,” he said.

The better option seems to be to prepare for the second wave. Consequently, Haryana chief minister Manohar Lal Khattar has deputed 8,000 teams to travel across Haryana to carry out sanitisation, testing and ensure quarantine protocols are followed. Mobile vans and minibuses have been allocated to each district. Similarly, in Uttar Pradesh, district hospitals have been asked to instal oxygen plants and set up additional beds to await the arrival of cases. Every MLA and senior bureaucrat has been assigned responsibility for district-level coordination with hospitals and patients.

That brings us to the big question: How do we overcome the public hesitancy to take the jab or undertake tests? Maybe, a more concerted campaign may be necessary to remove the stigma associated with the disease. Until this issue is tackled effectively, the demand for Covid-19 vaccines, which is currently very high in urban areas, may not spread to rural areas. Vaccine-hesitant people may have genuine anxiety and fears over safety concerns, or they might belong to a community that historically has mistrusted the medical establishment, according to a study published in Science.

Our public health officials may not have the time or inclination to address their concerns, given the loads of work that has fallen on them. It is here that the role of political leaders can become very important—whether they belong to the opposition parties or the ruling party. Enough politics has already been played out on the issue. It may be time that they come together to convince a larger section of the population that our vaccination campaign can be a success only when people, on their own, come forward to take the doses. As a TV anchor asked recently, “If people start stoning vaccination workers and demand a ‘guarantee’ in writing that they will not fall prey to Covid, then how can the government help?” 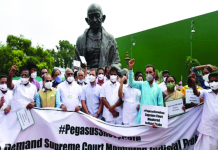 Is the Opposition’s Pegasus fear real? 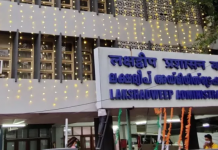 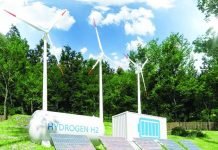