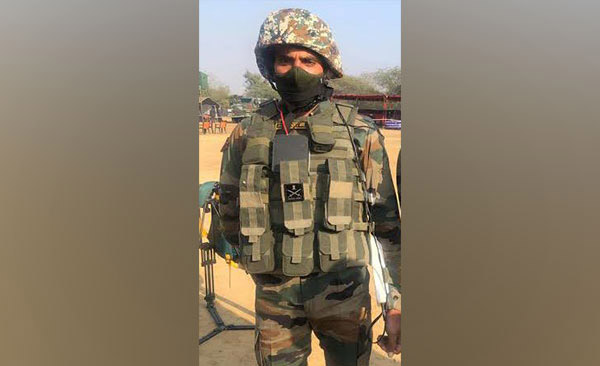 New Delhi, Nov 20: Amid the threat of the use of steel core bullets by terrorists in India, the Indian Army has issued tenders for acquiring 62,500 bulletproof jackets (BPJs) for its frontline troops which would be able to protect them from such bullets.
The Ministry of Defence has issued two separate tenders for these jackets under Make in India including one for 47,627 jackets under the normal route and the other one for 15,000 jackets under emergency procurement procedures which would be finalised in the next three to four months, Indian Army officials said.
The procurement for 47,627 jackets would be done in phases and is expected to be completed in the next 18-24 months, they said.
The specifications listed by the Army state that the BPJs should be able to protect a soldier against 7.62 mm armour-piercing rifle ammunition as well as steel core bullets fired from a distance of 10 metres.
In a few of the incidents in the Kashmir valley, terrorists used American armour-piercing bullets in encounters with Indian security forces and were successful in breaching the bulletproof jackets of soldiers.
The APBs along with the M-16 assault rifles and M-4 carbines have been left behind in huge numbers by the retreating American Army which quit Afghanistan, 20 years after it started the war against terror. Following its retreat, Afghanistan fell into Taliban control.
The jackets being procured through these two tenders would be level 4 which are considered to be effective against steel core bullets and would be first provided to the troops deployed in terrorist operations in Jammu and Kashmir.
Sources in the Army confirmed that the force would ensure that the jackets have been made in India and material is not sourced from any of the adversaries.