A journalist from Kerala was accused of sedition and various offences under the Unlawful Activities (Prevention) Act, 1967, (UAPA) and arrested on the way to Hathras on October 7. In recent years, sedition and UAPA have been weaponised and used routinely against critics of various ruling governments. Data from the National Crime Records Bureau’s recently-released Crime in India statistics for 2019 confirm these observations. Ninety-three cases of sedition were filed in 2019, a 165% jump from 35 in 2016. In 2019, 1,226 UAPA cases were filed, a 33% increase from 2016.

Section 124A of the Indian Penal Code (IPC) defines sedition as any signs, visible representations, or words, spoken or written, that can cause “hatred or contempt, or excite or attempt to excite disaffection” towards the government. Sedition has a chequered colonial legacy of being used by the British against critics of the British administration. In Independent India, it has become a tool to curb freedom of speech and expression.

Although the Supreme Court has stated in the Kedarnath case that the offence of sedition is not made out unless the accused person incites people to violence against the government established by law or with the intention of creating public disorder, the police are either not aware of this requirement or willfully ignore it. People have been accused of sedition for staging a school play which criticised the prime minister, for saying that “Pakistan is not hell” and for writing to the prime minister about mob lynchings.

UAPA is an anti-terror legislation, crafted for exceptional circumstances, that has become routinised. UAPA permits detention without charge for up to 180 days, making i a convenient tool to silence dissidents. Such long periods of pre-trial detention circumvent safeguards in the criminal justice system such as evidentiary requirements and burden of proof, and permit the state to punish those suspected of committing crimes without proving these allegations.

The definition of a terrorist act in UAPA is vague. Amendments to UAPA in 2019 have given the Union government the power to notify an individual as a “terrorist” without a trial. Police custody under UAPA can also be extended to 30 days, increasing the possibility of custodial violence.

The progress of sedition and UAPA cases reveals that the police are invoking these offences indiscriminately. In 2019, in 9% of the sedition cases (pending from previous years and filed in 2019), the police closed the case because of insufficient evidence or because the accused was untraceable. Eleven per cent of UAPA cases (pending from previous years and filed in 2019 in the same year) were closed for the same reason. Charge-sheets were filed in only 17% of the sedition cases and 9% of the UAPA cases. The conviction rate in sedition cases in 2019 was 3.3% and for UAPA cases it was 29.2%. India has low conviction rates (average conviction rate in 2019 for crimes committed under IPC was 50.4%) but these are abysmal even by that bar.

However, low conviction rates for these offences are no reason to celebrate. Given the prevalence of indiscriminate arrests and pre-trial detention in India, for persons accused of sedition and offences under UAPA, even if they get acquitted, the process itself is punishment. Persons arrested for these offences will invariably spend long periods in prison. Judges are reluctant to give bail to people accused of sedition. UAPA prohibits a judge from granting bail to an accused unless that judge has “reasonable grounds to believe” that the accused is not guilty. These cases usually attract media attention and so the persons accused are also subject to trials in the pugnacious arenas of 24-hour news channels.

Despite the criticism of sedition and UAPA, there are no signs that the government is planning to repeal or curtail them. An increase in the number of cases filed under these provisions has a chilling effect on any form of dissent, a trend that does not look like it will abate in the near future.

The views expressed are personal 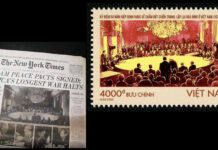 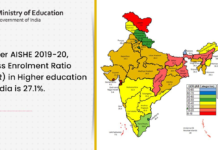