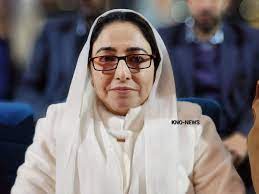 Says preparing files to trap big fish involved in
encroachments
Srinagar, Nov 23: Waqf Board Chairperson, Darakshan Andrabi
on Wednesday said the white paper about encroachments of
Waqf property will be made public in April next year.
Andrabi said files are being prepared to trap big and the white
paper will be made public when Waqf day will be observed in
April next year.
She said Waqf day will be observed on the day when the board
was reconstituted last year.
Andrabi further said six months have elapsed since the new Waqf
Board assumed charge and one year will be completed in April.
“We are just removing the dust from files so far and have taken
some steps that will be completed one by one.”
She added concrete steps for Waqf will be taken shortly and big
fish involved in encroachments will be trapped.