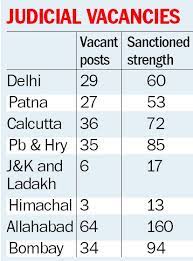 Friday, the Supreme Court voiced its displeasure over the Centre’s refusal to appoint the judges recommended by
the Supreme Court Collegium to the higher courts. The Supreme Court stated that this tactic of delaying the
approval of offered names had become “some type of technique” to coerce the individuals whose names had
been suggested to withdraw their assent for judgeship. Notably, eleven cases cleared and reaffirmed by the
Collegium more than a year ago are awaiting appointment. One of them has withdrawn his support for the
position. The Supreme Court laments that as a result, the system has lost the chance to have distinguished
individuals on the Bench. The fact that few senior and eminent members of the Bar are willing to exchange their
thriving legal practise for judgeship further complicates the situation.
The Supreme Court was hearing a petition filed by the Advocates’ Association of Bengaluru alleging
‘extraordinary delays’ and ‘willful disobedience’ of the Supreme Court’s April 20, 2021, order requiring the Centre
to appoint judges within three to four weeks if the Collegium reiterates its recommendations. Significantly, the
Supreme Court issued this directive because the government had kept the names recommended pending for an
extended period of time, despite the fact that, at the time, 416 of the 1,080 posts of judge in various high courts
were vacant.
The disagreement between the judiciary and the executive over the appointment, transfer, and promotion of HC
and SC justices is once again highlighted by the Supreme Court’s views. In 2015, the Supreme Court upheld the Collegium
system and ruled down the one envisioned under the National Judicial Appointment Commission (NJAC) Act. In contrast,
Union Law Minister Kiren Rijiju has been vociferous about the NJAC over the past two months, claiming that the operation
of the Collegium is opaque. However, delaying methods are not a viable solution. The administration should carefully
ponder on the matter and uphold the current system until a solution is achieved that is acceptable to both parties. For in
this standoff, the destiny of tens of thousands of litigants is at stake, who are denied prompt delivery of justice. 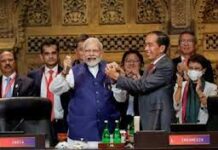 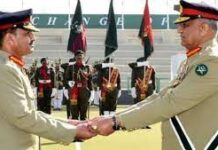 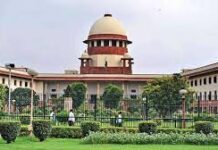