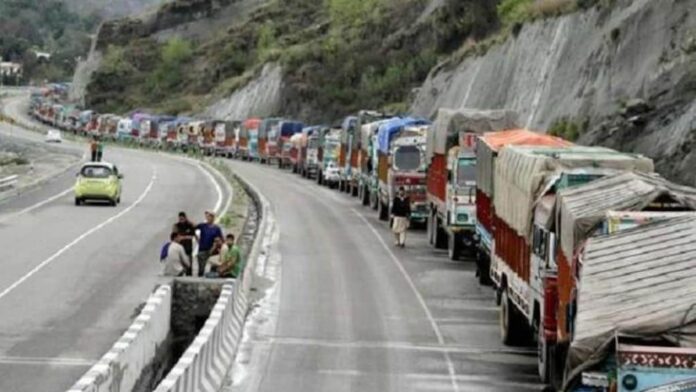 Dr Mehta impressed upon the officers to ensure that there is smooth movement of traffic on the National Highway during these winters. He stressed on minimising disruptions and ensuring that traffic movement remains uninterrupted throughout the year. He reiterated that traffic on this National Highway should move in both ways after 15th March as much of the bridges and tunnels being constructed would get completed by then.

He enjoined upon the officers focus on the difficult stretches between Banihal and Ramban. He urged them to take instant measures in case of inclement weather.

The Chief Secretary stressed on developing roads leading to the tourist spots of Mantalai and Sanasar. He maintained that the better road links to these places would give a boost to the tourism there as these places have great potential as tourist destinations.

The Chief Secretary stressed on developing the internal roads in both the cities. He remarked that the face of any region is its roads. He made out that road networks facilitate development of whole regions besides adding to the beauty and aesthetics of the city.

He directed the face lift of the entry point of UT at Lakhanpur in district Kathua. He remarked that it should be attractive befitting the pace of progress and development.

Dr Mehta directed the traffic police to strictly maintain lane discipline on the road and take all the steps against the violators including e-Challaning. He asked them to act tough on those who resort to road side parking and disrupt others.

The meeting was informed that this winter the Sgr-Jmu National Highway remained closed for just 8 hours in total as against 220 hours in previous winter.  No full day was lost in the last two years due to closure of NH.