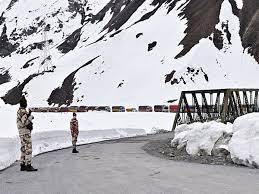 LADAKH: The Chillai Kalan season in the Himalayas this year has set new records. The weather experts
predict cold waves will be at their peak between January 16 and 19.
The dedicated Border Roads Organisation (BRO) workforce is relentlessly working to keep the strategic
Zojila Pass open in temperatures below minus 20 degrees Celsius. Zojila Pass, located at an elevation of
11,643 feet is the lifeline of the Kashmir Valley and Ladakh.
It is for the first time that the Pass has been opened till January 6 since 2019 to patrol the Northern
Borders. The India-China standoff in eastern Ladakh in 2022 prompted authorities to keep the pass
open. Despite unique challenges lack of Oxygen, blizzards, and constant avalanches, vehicles moved
along the pass. Modern snow cutters and other plant equipment helped to keep the roads functional.
The Project Beacon of the BRO has acted, since its inception in the 1960s, as the smooth facilitator of
food for the Indian Army and population of Ladakh in the winters. This year the team completed the
trials of route guidance and navigation system technology to enable snow clearance and other safety

measures. Sometimes even trained men find it hard to take decisions on snow-clearing machines; one
uncalculated step can mean instant death, so navigation technology is a blessing in the region.
Small units were positioned at important points such as Gumri, Bajri Nallah, Baltal, Sonamarg, and
Gagangir for efficient operations 24X7. Since November 2022 nearly 13,500 vehicles crossed the Zojila
between Kashmir and Ladakh Under the vigil of BRO.
Before 2019, Ladakh used to be cut off from the rest of India for at least three months. The Suru Valley,
Dras, and Zanskar experience heavy snow and rainfall making the terrain very difficult.
While Zojila Pass will remain on a sabbatical till the cold waves are bearable, Project Beacon will
continue. It is for the first time in 70 years that three popular places- Sonamarg, Gurez, and Karnah have
remained open to boost winter tourism.
The region’s most awaited tunnel that will further increase momentum is the Zojila Tunnel and the Z-
Morh tunnel. The Zojila Tunnel (between Baltal and Minamarg on the Srinagar-Leh section of NH-1) will
be Asia’s longest (14.15 km) and highest bi-directional all-weather tunnel when completed. It will
surpass the present rank holder, the Atal Tunnel at an elevation of 11,575 feet above sea level! Zojila
Tunnel will reduce the travel time from 3.5 hours to mere 15 minutes! Currently, the Chenani-Nashri
Tunnel is the longest bi-directional tunnel in Asia stretching at 10.89 km. The Z-Morh, another bi-
directional tunnel (6.5 km), will allow all-weather access between Srinagar and Kargil (between Gagangir
and Sonmarg).
Both the projects are being built to the highest safety standards with provisions for escape tunnels
under NHIDCL, and are expected to be completed by December 2023, much before the expected date of
2026. The work is going on at lightning speed and record minimum time. These tunnels along with the
efforts of BRO on the Zojila Pass will further boost tourism and enhance the convenience of Ladakhis
who remained isolated from the subcontinent for six months in a year. It will uplift the socio-economic
condition of the region.
The road projects in the J&amp;K and Ladakh are revolutionizing connectivity and bringing economic
prosperity. This is a step in the direction of integration of J&amp;KUT and Ladakh UT with India.
While the Pass will remain closed for a minimum time, a defence aircraft will be on standby in case of
emergencies.
The December 9 clash between Indian and Chinese troops in the Tawang sector has given us a reason to
consider the infrastructural development of the region as a priority. The work on these projects is
ongoing even in heavy winters to combat delays in work and instil a feeling of “nothing is impossible” in
the citizens of the Unions Territories. They cannot be terrorized by our neighbours anymore, they said.
The farthest borders in the regions of Leh, Hunder, Turtuk, Pangong Tso, Kargil, and Srinagar, along the
Khardung La Pass, Chang La Pass, and the Zojila Pass, have been secured. Strategic infrastructural
projects in these areas will help the Army, the BSF, and other agencies to mobilize troops easily and take

quick decisions. In September, the Sapta Shakti Engineers of the Indian Army in eastern Ladakh carried
out mobility tasks and training, bridging the mighty Indus River, and enabling movement of both combat
and logistic echelons. 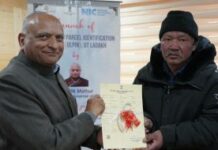 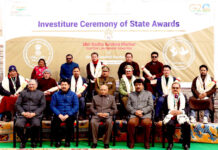 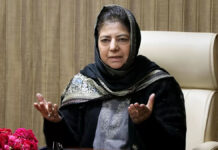