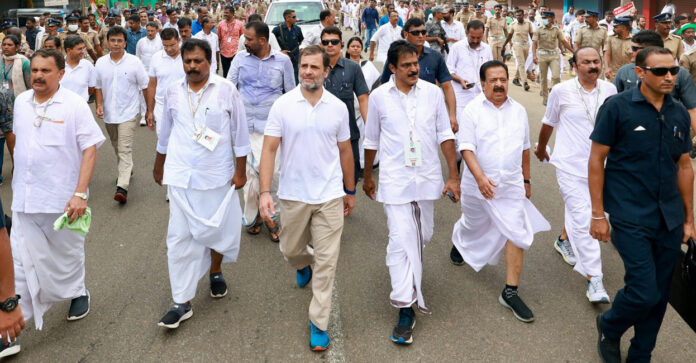 JAMMU, Jan 23: Rahul Gandhi’s Bharat Jodo Yatra resumed from Vijaypur in Samba district Monday morning amid tight security as it headed for Jammu, the winter capital fo the region, a couple of hours away.
Officials said all necessary arrangements were in place for the yatra, which started from Kanyakumari on September 7 and is scheduled to culiminate in Srinagar, Jammu and Kashmir’s summer capital, on January 30 with Gandhi hoisting the national flag at his party headquarters at a mega rally.
Former Madhya Pradesh Chief Minister Digvijay Singh, General Secretary Organisation K C Venugopal, former minister Tariq Hamid Karra and former J&K Pradesh Congress Committee president G A Mir along with a large number of party workers and supporters carrying tricolours joined Gandhi in Vijaypur along the Jammu-Pathankot highway as the march resumed around 7 am.