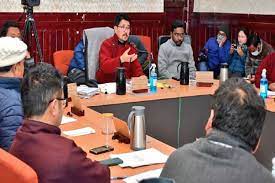 The 30-member Council held the session under the chairmanship of Chief Executive
Councillor Tashi Gyalson here, the session was attended by BJP councillors besides
Leader of Opposition Tsering Namgyal and other Congress members in the House..
“An elaborate discussion took place on the two resolutions. The first resolution was
moved by Executive Councillor for Agriculture, Stanzin Chosphel, stating that there was
a need for a constitutional safeguard for Ladakh under a suitable provision as per the
aspiration of the Ladakh people. The second one was moved by Tsering Namgyal, 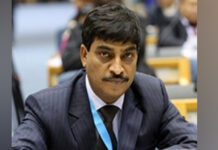 My Town My Pride | Prabhari Officers to mentor their towns for few years: CS to Visiting Officers 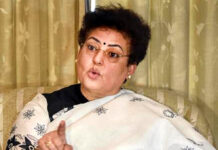 Special cells for women to be increased in J&K, Ladakh: NCW chief