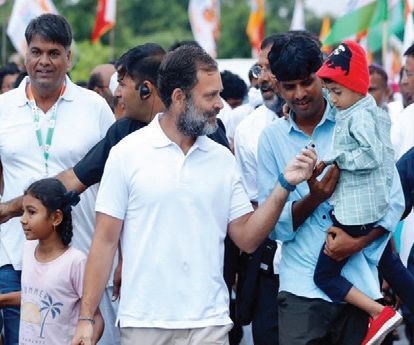 JAMMU, Jan 24: A delegation from the Union Territory of Ladakh on Tuesday met Congress leader Rahul Gandhi here and discussed several issues with him, including its demand for statehood for the region.
It also raised the issue of safeguards under the Sixth Schedule of the Constitution for Ladakh.
The 65-member delegation comprised members of the Leh Apex Body, the Kargil Democratic Alliance (KDA) and prominent leaders of Leh and Kargil such as former minister Nawang Rigzin Jora and former legislator Asgar Ali Karbalai, among others.
“We raised four demands with Rahul Gandhi. This includes safeguards under the Sixth Schedule of the Constitution to the region,” Jora told sources after the meeting at Jhajjar Kotli.
Gandhi is in Jammu as the Congress’ Bharat Jodo Yatra, which started from Kanyakumari on September 7 last year, is currently in Jammu and Kashmir for its final phase.
The delegation also briefed him about the situation along the Line of Actual Control with China, Jora said.
The other issues discussed with Gandhi were creation of two separate parliamentary constituencies for Leh and Kargil districts and recruitment and job reservation for the youth of Ladakh along with creation of a public service commission for the Union Territory.