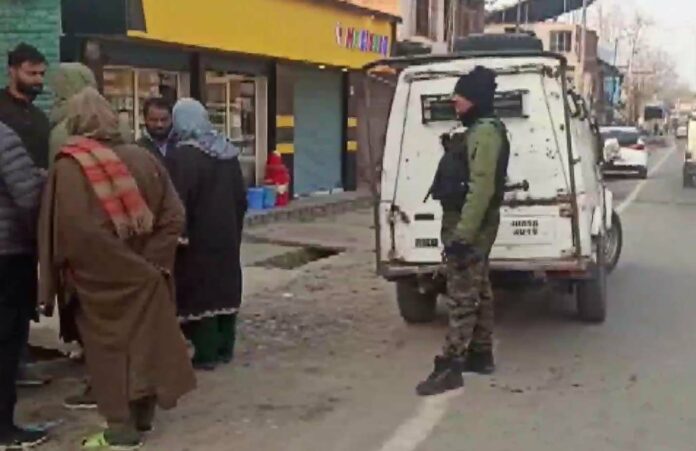 SRINAGAR, Nov 24: Jammu and Kashmir Police on Thursday morning conducted searches in multiple locations in various places in three districts in the Union Territory as part of its investigation into a case registered with the State Investigative Agency in connection with ‘online journalists threat’ case.
Today’s searches is subsequent to the leads received from searches done a few days ago in the same case, Srinagar Police said.
The searches are being conducted in Srinagar, Badgam and Pulwama districts.
“Searches are going on in multiple locations in Srinagar, Badgam and Pulwama districts in connection with ‘online journalists threat’ case. This is subsequent to the leads received from searches done a few days ago in same case,” Srinagar Police tweeted.
Further details into the matter are awaited.
Earlier on November 19, in the wake of a threat to Kashmir- based journalists by a proscribed terror outfit, Srinagar Police conducted simultaneous searches at various locations across Kashmir.
The police team comprised of four to five members launched simultaneous searches at twelve locations across the valley including the houses of fugitives like Sajjad Gul, Mukhtar Baba, active terrorists of the proscribed terror outfit LeT (TRF) and other suspects in Srinagar, Anantnag and Kulgam districts.
According to police, a First Information Report (FIR) under relevant sections of law was registered in Sherghari police station against terror handlers, active terrorists and terrorist associates of Lashkar-e-Taiba (LeT) and its offshoot of The Resistance Front (TRF) for online publication and dissemination of direct threat letters to journalists and reporters of Kashmir.
“The premises which were raided and searched belong to Mohd Rafi at Nigeen, Khalid Gul at Anantnag, Rashid Maqbool at Lal Bazar, Momin Gulzar at Eidgah, Basit Dar at Kulgam, Sajjad Kralyari at Rainawari, Gowhar Geelani at Soura, Qazi Shibli at Anantnag, Sajjad Sheikh @Sajjad Gul at HMT Srinagar, Mukhtar Baba at Nowgam, Waseem Khalid at Rawalpora and Adil Pandit at Khanyar Srinagar,” the police said.