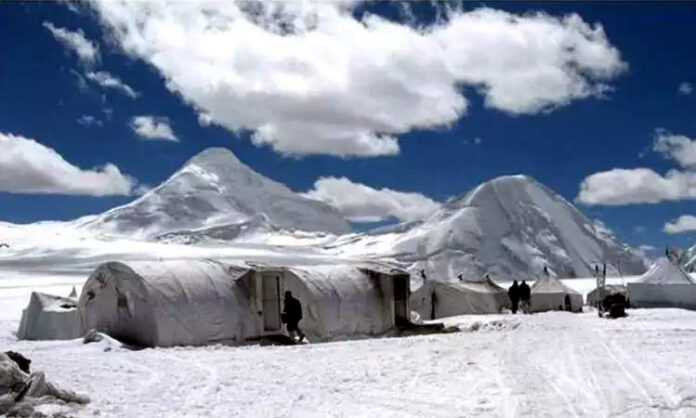 New Delhi, Nov 17: Having deployed its troops near the Line of Actual Control (LAC) to prevent any misadventure from China, the Indian Army is making a large number of ponds to get fresh drinking water for the troops even in freezing winters.
India has deployed more than 50,000 troops along with a large number of new equipment to tackle possible Chinese aggression since April-May 2020 in Eastern Ladakh. A number of steps have been taken to address the logistical requirements of troops based there.
“We are making a big number of ponds to cater to the water requirements of the forces deployed there. In forward locations like the Daulat Beg Oldie (DBO), the troops used fresh water from ponds even in freezing winters this year,” Indian Army’s Engineer in Chief Lt Gen Harpal Singh said.
“The water at the surface level gets frozen in extreme winters but underneath, it remains in liquid form. Our troops used the water from these ponds to meet their requirements,” he said.
DBO is one of the coldest and most forward locations in Ladakh and witnesses extreme cold conditions in the cold desert area.
The temperatures in these areas go below minus 40 degrees also on some occasions and providing fresh water and food to troops becomes a challenge.
The Corps of Engineers has done extensive work for helping the troops to stay put in forward locations near China border and making living conditions better there.
The Army has so far built 22,000 additional habitats for the troops in eastern Ladakh and they have been built in a way that the buildings can be lifted from one place to the other and relocated as per requirement in specific sectors, Lt Gen Harpal said.
The sappers have also built a large number of habitats for the tanks, artillery guns and infantry combat vehicles to enable the armoured corps to operate them even in very cold conditions.