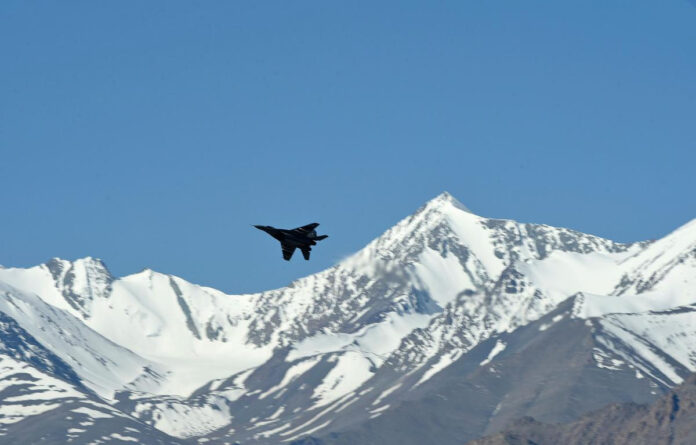 New Delhi, Nov 21: India is upgrading its radar coverage along the border with China from Ladakh to Arunachal Pradesh as the Indian Air Force is moving ahead with over Rs 10,000 crore plans to further enhance the capability to monitor activities across the Line of Actual Control.
The force is in the process of installing new radars to keep an eye on Chinese Air Force activities in the Ladakh sector, defence sources said.
Proposals worth over Rs 10,000 crore are at an advanced stage in the Defence Ministry for the acquisition of high-powered radars and around 20 low-level transportable Ashwini radars under Make in India in defence, the sources said.
Sources said the radar coverage on the western front in Rajasthan, Punjab and Gujarat sector is relatively easy but from Jammu and Kashmir on the western front up to Arunachal Pradesh in the northeast is very difficult due to the mountainous region and improving radar coverage has become important in view of suspicious activities by the adversary on the eastern front.The Chinese Air Force had started probing Indian responses to its violations in the Demchok sector in Ladakh by sending its fighter planes beyond the 10-km CBM line.
The Indian Air Force responded in a strong manner by scrambling its fighter jets to the Demchok sector from nearby air bases.
However, the issue was resolved after talks at the division commander-level attended by Indian Air Force representatives and their counterparts from the Chinese Air Force.