The first health working group meeting under India’s G-20 presidency was held at Thiruvananthapuram on 18 January 2023 to discuss about the global health concerns. The focus of discussion was bound to be around Pandemic and response to it at various levels. The discussion in the meeting as reported was on Pandemic management, emergency preparedness and vaccinations. Also under discussion were the issues of increasing antimicrobial resistance, developing blue print for vaccines, therapeutics and diagnostics. There was also discussion on harmonising a global network for countries through consensus on digital health and to mobilise funds for the same. In addition concerns were expressed over ensuring safe effective quality and affordable medicines and medical equipment.

The G20 is a heterogeneous group of countries at different level of economic development including Australia, Canada, United Kingdom, United States, France, Germany, Italy, Japan, Republic of Korea, European Union, Saudi Arabia, China, Russia, Argentina, Brazil, South Africa, Mexico, Türkiye, India and Indonesia. In the economic development, countries of the G-20 have different rankings. Whereas India and Indonesia belong to the Lower Middle income group countries, Argentina, Brazil, China, South Africa, Mexico, Russia and Turkey belong to Upper Middle income group of countries. Rest are from High income group countries.  So the priorities in health agenda of each country are also different accordingly. This is reflected in prevailing gross inequity already existing in the healthcare delivery among the countries as well as for the different strata of population within the countries representing G-20

Health indicators among these countries also vary. For example in the Global Hunger Index which is based on the criteria of inadequate food supply, Child mortality and Child under-nutrition. India is at 107 out of 120 countries compared to Indonesia at 77, South Africa at 59, Mexico at 42, Argentina at 31 and Brazil at 27. Rest of the countries are among better performers with the rankings at less than 17.

Nutrition is the basic pre requisite for good health. It means to have sufficient amount of Protein, Carbohydrate and Fats as well as micronutrients like vitamins and minerals. For better health it is thus important to have sufficient food supply, sufficient remuneration, housing and good environmental conditions. It is duty of the government to ensure that all population gets its share of healthy nutrition. That 81 Crore people are being given 5 Kg of food grains free of cost which just enough for subsistence, is a matter of grave concern. How can one expect vast majority to have good health as the grains only are not sufficient to fulfil nutritional requirements for a good health and immunity from diseases?\

Earlier under the National Food Security Act (NFSA)  a family was entitled to get 50 Kg of grains,  25 Kg food free of cost and rest 25 Kg at Rs. 3 per Kg. This means the family was spending only Rs. Seventy five  in buying this.  But under the new order of the government only 25 Kg will be given free and the rest will have to be purchased at market price which is no less than Rs.20 per Kg. This will cause a burden of Rs. 500/- per month on their budget if we calculate the grain price at Rs. 20 per Kilogram.  This will deprive the poor of basic food further adding to malnutrition and poor health. This is an important agenda for our country but representatives from the high income group countries in the G20 may not be able to comprehend this.

Pandemic had a negative effect on the situation of jobs and livelihood. The government hardly paid any assistance to the affected 54 crore workers and MSMEs, the nutritional health status of the low income group population was affected adversely. To add to their woes budget on Poshan Abhiyan was reduced from 3700 crore to 2700 crore rupees. These are issues of little important to several G20 countries.

The disease pattern is also quite variable. For example In 2021, eight countries accounted for more than two thirds of global TB cases: India (28%), Indonesia (9.2%), China (7.4%). Number of TB cases in High income group countries is minimal in comparison. Therefore focus has to be different in different countries.

The pandemic has seen gross inequity in global vaccine supply. The vaccine manufacturers in the high income countries were reluctant to supply the vaccines to small developing countries.  They demanded guarantees from the recipient countries which included even property of the embassy buildings of those countries.

As is evident there are gross differences in the health needs of the G20 countries it is to be seen how India gets its and other developing countries’ concerns addressed as priority in the G20 health agenda. (IPA) 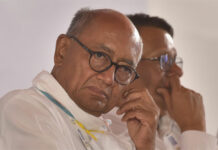 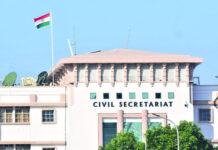