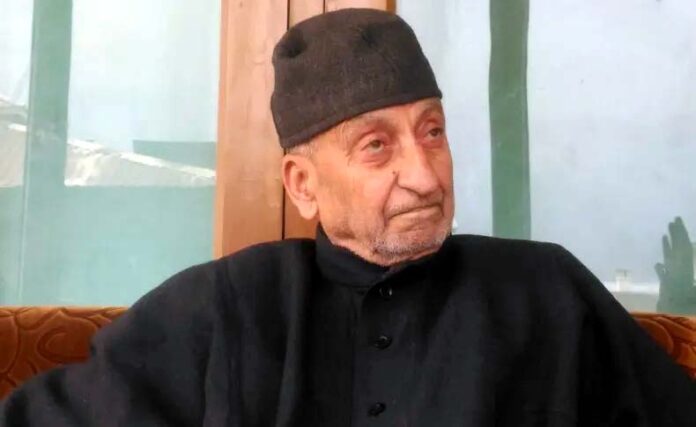 Jammu, Nov 26: Former Hurriyat Conference chairman Abdul Gani Bhat was on Saturday questioned for eight hours in a terror funding case by the State Investigation Agency (SIA) here, a police official said.
Bhat, who heads the Muslim Conference, was summoned by the SIA to its Joint Interrogation Centre in Jammu. He was questioned over terror funding from Pakistan, the official said.
He said the separatist leader, a resident of north Kashmir’s Botengoo village, was grilled in connection with a terror-funding case involving former minister Jatinder Singh alias ‘Babu Singh’ who was arrested earlier.