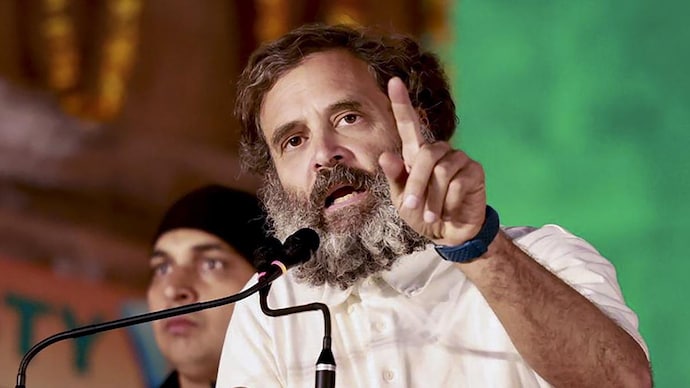 JAMMU, Jan 24: Congress MP Rahul Gandhi on Tuesday distanced himself from senior party leader Digvijaya Singh’s remarks over the authenticity of surgical strikes in the aftermath of the 2019 Pulwama attack and said the army doesn’t need to provide any proof as he combated the fallout of Singh’s remarks calling them “outlying” or views held by the fringe.
This comes after Digvijaya Singh said there is no proof of the 2019 surgical strike against Pakistan, while the Centre claims to have carried out the attack. Disagreeing with Singh’s remarks, Rahul Gandhi said that those were Singh’s personal views. The Wayanad MP, who is currently in Jammu for the Bharat Jodo Yatra, said that Digvijaya’s views are outlying.
“We don’t appreciate Digvijaya Singh’s personal views. His views are outlying views. We are absolutely clear that the Armed Forces do their job exceptionally well and they do not need to provide proof of that,” said Rahul Gandhi during a press conference. He also spoke about his meeting with a delegation of Kashmiri Pandits, who have complained that they have been used for political gains. “I met a delegation of Kashmiri Pandits yesterday. They have expressed that they feel they are being disrespected and used for political gains. They requested me to raise their issues in parliament,” said the Congress MP. When asked about the banned BBC documentary, he said that the truth always comes out and no amount of banning can suppress the truth from coming out. “The truth always comes out. No amount of banning the press and using institutions like ED and CBI against people can suppress the truth from coming out,” said Gandhi. Earlier during the yatra an agitated Jairam Ramesh lashed out at the media on Tuesday, saying all that needed to be said about Digviajaya’s comment have already been done. The questions should now be directed at the Prime Minister. A day after Singh stirred up the hornet’s nest and the Congress distanced itself from the leader, party MP in charge of Communication, Ramesh told the media while walking for the Bharat Jodo Yatra in Jammu and Kashmir that all queries related to the surgical strike uproar have been answered by his party and the media needs to aim its questions at Prime Minister Narendra Modi.
Digvijaya Singh trying to put an end to the row also said: “I have got the greatest regard for the Defence forces” as the leaders marched on along with other padayatris. “Congress party has said whatever it wanted to. I tweeted yesterday regarding the same. I do not want to say anything other than this,” he said.
Taking to Twitter, Ramesh claimed that even the UPA government had carried out surgical strikes. “The views expressed by senior leader Digvijaya Singh are his own and do not reflect the position of Congress. Surgical strikes were carried out before 2014 by the UPA government. Congress has supported and will continue to support all military actions that are in the national interest,” Ramesh tweeted.
“They (Centre) talk about surgical strikes and that they have killed so many of them but there is no proof,” said Digvijaya Singh in his address in Jammu on Monday.