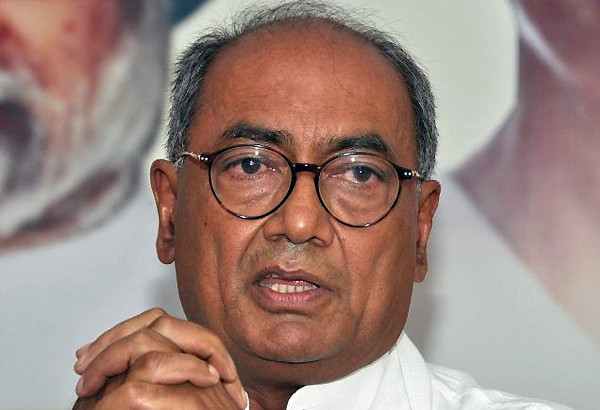 After facing severe embarrassment on the uttering of its senior leader Digvijay Singh demanding proof for the ‘surgical strike’ conducted by the Indian army in 2016, Rahul Gandhi has disowned the statement of Digvijay Singh in a presser at Nandni halt in the outskirts of Jammu. Yesterday, Congress stalwart Jairam Ramesh promptly disowned the statement on Twitter attributing what Singh stated as his personal views and not of the party.

“What Digvijay has stated, I totally disagree with. We have total trust in our army, if the army does something, there is no need to prove it,’ Rahul said in a query raised by journalists, adding, “Digvijay’s statement was his personal opinion and not our (Congress) opinion.” Digvijay Singh is the senior most coordinator of Bharat Jodo Yatra and is one of the members of Congress Party’s Political Affairs Committee headed by Sonia Gandhi.

This is not the first time that veteran Congress leader Digvijay Singh Singh has demanded proof of the surgical strike carried out by the Indian Army, he is also not the only Congress leader to do so. The Congress’s initial reaction in 2016 was to applaud the Army’s actions. However, after it felt that the ruling party was attempting to capitalise out of the operation, Congress quickly changed course and began arguing that it was not the first time the Indian Army had conducted surgical strikes.

Singh launched the first salvo days later. In the first week of October, he argued that “leave Pakistan… but if an independent body like the UN is doing that, we should do everything to prove them wrong and to protect the credibility of our armed forces,” pointing out that UN Observers and its official spokesperson had disputed India’s claim.

And he wasn’t the only one. Several Congress leaders lashed out at the government, demanding evidence to dispel doubts about the surgical strikes. Then came Rahul Gandhi’s vehement attack on the government, despite claiming that he had no reason to doubt the Army’s statement but he accused Prime Minister Narendra Modi of profiting from the sacrifices of soldiers at the time.

Days later, the then Mumbai Congress chief, Sanjay Nirupam, argued that “every Indian wants surgical strikes against Pakistan but not a fake one to extract just political benefit by the BJP”. The Congress, however, distanced itself from Nirupam’s statement, with the then-communications director, Randeep Surjewala, holding an urgent press conference to clear the air.

He stated that the Congress does not agree with Nirupam’s statement, but that the government should call Pakistan’s bluff and false propaganda with all available information, evidence, and instruments.

Meanwhile, the Congress has adjusted its stance saying that surgical strikes were nothing new. The party and its senior leaders cited dates during the UPA-II administration when the Army allegedly conducted such surgical military strikes in 2013. P. Chidambram and Anand Sharma, a senior leader, claimed that the Army intervened in 2008, 2009, 2011, and 2013, but that the Congress-led government chose not to take political advantage of those actions.

Then came the technocrat-turned-Congress leader Sam Pitroda who demanded “more facts” and proof of the air strike’s death toll. The Congress again was forced to distance itself, saying the “expression of opinion by an individual has nothing to do with the opinion of the party”.

Digvijaya is no stranger to controversy. His claims that the 2008 Batla House encounter was staged, as well as his demand for a judicial investigation, put the Congress and the Manmohan Singh government in a bind.

His claim that he spoke with Maharashtra Anti-Terrorism Squad chief Hemant Karkare on November 26, 2008, hours before the city was attacked by terrorists sparked a debate. Digvijaya’s visit to Azamgarh in 2010 — which he claimed was a fact-finding mission to learn “the reasons behind Azamgarh being named in terror attack cases” — also pushed the party into a corner, and he was seen as overdoing the “Muslim line” by making polarising statements. 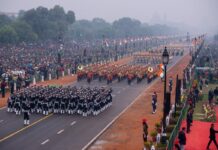 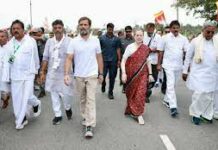 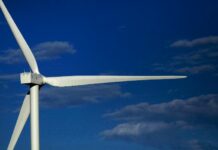