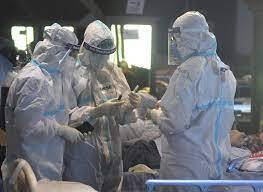 Govt. has to step in to provide advanced Healthcare at all levels

The issue of overcharging by the corporate hospitals has been a matter of much concern. In
2017 it came to highlight when a child suffering from Dengue Fever could not be saved in
the Fortis hospital, Gurgaon but the parents were billed Rs.15 Lakhs. The family alleged that
the hospital charged for 660 syringes, 1600 gloves for the period of 15 days for which the
child was admitted. The hospital authorities clarified that all protocols were followed during
the treatment. Negligence was not the issue in this case but lack of empathy on the part of
the hospital administration and overcharging perturbed the family of the patient.
Since the treatment for the advanced care has become expensive, many a times the
charges become a cause of contention between the patient and the hospital authorities. Now
this has been officially confirmed by the Competition Commission of India (CCI) who has
found some corporate hospitals to be violating the competition laws and over charging on
the medicines, consumables, room rent and other services etc. This affirms people’s
perception of the fleecing of patients by the corporate hospitals.
The CCI has found that the Apollo Hospitals, Max Healthcare, Fortis Healthcare, Sir Ganga
Ram Hospital, Batra Hospital & Medical Research and St. Stephen’s Hospital have been
indulging in this practice of overcharging. They have been abusing their dominance through
exorbitant pricing of medical services and products in contravention of competition laws. A
report published in the moneycontrol.com says that the CCI has found these hospitals
charging the room rent even more than three or four star hospitals.
According to this report, as per the powers with the CCI it can impose a penalty up to 10% of
the average of the annual turnover for the previous three years. Apollo Hospitals posted an
average turnover of Rs 12,206 crore and Fortis Rs 4,834 crore in the past three financial
years. Whether the patients who have been over charged will get any benefit is not yet
known, but any proactive decision by the CCI can deter these hospitals to an extent from
over charging. The CCI is yet to review the response from the hospitals and take a decision
accordingly.
The question however is whether the healthcare has to be treated as an industry where
profit making is the sole aim or it has to be prioritized as service to the ailing people. There is
a conceptual difference between the two. The policies on the healthcare will depend on what
the concept of the healthcare is being followed by the state. Such concepts not only affect
the advanced healthcare but also primary and secondary care, medical education system
and also the issue of drug pricing. In the last few years we have seen exorbitant growth of
the corporate hospitals. In our country 90% of the families spend less than Rs.10000/- per
month and people earning Rs 25,000 per month fall in top 10% of wage earners. In the
present economic scenario, one can easily presume that over 95% of the population cannot
even dream of visiting these hospitals.

There is thus urgent necessity to review the whole healthcare system and public health
spending in our country. Presently nearly 75% of the healthcare is in the private sector
where people have to spend from their pockets. It is accepted by the government’s own
documents that this out of pocket expenditure on health is pushing 6 crore people into
poverty every year. Poverty adds to sickness thus starting a vicious cycle of people
borrowing for healthcare and landing up into serious debts. Knowing fully well the state’s
spending on health is not increasing. In fact it has come down from 1.35% to 1.28% of the
GDP.
Need is that the government should come forward in a big way in providing advanced
healthcare at the district level so as to prevent fleecing by the corporate hospitals who have
no empathy towards the sick; their only interest is profit making. Insurance based healthcare
is no answer as this system has failed in the USA whose public health spending is much
high, but still its health indicators are not as good as several countries who spend less than
the US. In our country it is pertinent that the government should increase spending on health
from 1.28% of the GDP to 6% to ensure basic minimum healthcare to all. (IPA Service)