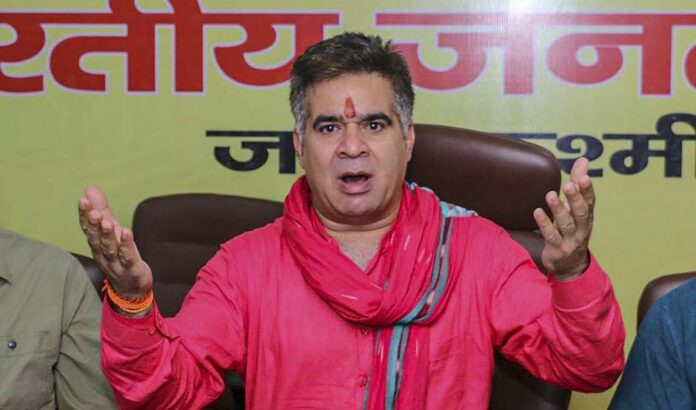 JAMMU, Jan 23: Jammu and Kashmir BJP president Ravinder Raina on Monday accused the Congress of being a ”group of traitors” after opposition leader Digvijaya Singh questioned the 2019 surgical strikes on terror camps by Indian armed forces across the border. He said the Congress should be ashamed by seeking proof of the surgical strikes carried out by the IAF in Pakistan-occupied Kashmir in response to the Pulwama terror attack. ”The Congress has once again stabbed Bharat Mata in the back. By questioning the surgical strikes, the party has humiliated our brave Army and Indian Air Force (IAF) personnel who carried out the strikes in Pakistan-occupied Kashmir and Pakistan and destroyed terror camps,” Raina said. Addressing a public meeting during the Bharat Jodo Yatra in Jammu and Kashmir, Congress leader Digvijaya Singh alleged that the government did not agree to the CRPF request of flying its personnel from Srinagar to Delhi and 40 soldiers sacrificed their lives in Pulwama in 2019 to a terror attack. ”They talk of surgical strikes. They claim to have killed so many people but no proof is given. They are ruling by peddling a bundle of lies,” Singh, a former Madhya Pradesh chief minister who has often courted controversy with his comments, said. Reacting to his statement, Raina said the world watched how the Indian Army hit the terror camps in PoJK in September 2016 in the aftermath of a terror attack on an Army camp in north kashmir’s Uri that left 19 soldiers dead and again in Balakote (Pakistan) by the IAF on February 26, 2019 in response to the Pulwama terror attack that killed 40 CRPF personnel. “The Congress should be ashamed by seeking proof of the surgical strikes. Rahul Gandhi owes an apology to the nation for this treason. Congress is responsible for the partition of the country in 1947 and all the problems in J-K,” he said.
”The Congress is a group of traitors and the treason with the country is in their DNA. The nation will never forgive this party,” Raina said.