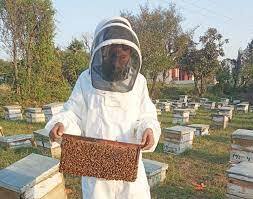 Srinagar, Oct 01: Additional Chief Secretary, Agriculture Production Department (APD), Atal Dulloo today remarked that Bee
Keeping is a viable and attractive occupation in Jammu and Kashmir and large number of youth are taking it.
The ACS made these comments while addressing a day long Kissan Samellan on Bee Keeping Progressive Farmers here.
The Kissan Samellan was attended by Director Agriculture Kashmir, Director Horticulture Kashmir, MD, JKHPMC,
Secretary J&K Advisory Board for Development of Kisans, members of J&K Advisory Board for Development of Kisans, experts
from SKUAST-K, District Agriculture officers, large number of Bee Keepers and other progressive farmers.
Addressing the gathering, Atal Dulloo maintained that this Samellan will provide a roadmap for future progression of Bee
Keeping sector and the feedback from this Samellan will give better insights for the government to approach the sector as per
the needs of bee keepers. The ACS said that Bee Keeping has very much potential and sustainability in J&K and it is
emerging as one of the viable sectors having maximum chances of employability.
Atal Dulloo further highlighted that the Government will provide e-marketting platforms for the Bee Keepers to sell their
products which will eventually give them hood returns. He also said that GI tag for Kashmiri honey is also under the
consideration of government and a suitable plan for the same is being worked out.
The ACS further said that the Organic Certification for honey is also under the thought of government besides Disease
Diagnostic labs as well as Mobile vans for testing as well as upkeeping of bee colonies will be established to provide best
possible support for the community.
Atal Dulloo also highlighted that the plants which are most responsible for production of honey will be protected under the
National Honey Mission and the government will utilise all its efforts for the revival of SOLAI plant.
In his welcome address, Director Agriculture Kashmir said that this Samellan will provide a platform to interact with
Kisans and listen their problems and concerns. He highlighted that with the constant handholding of the government, the
farmers of J&K are getting National and International level platform to showcase their products. 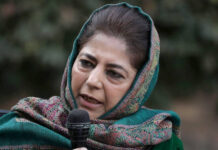 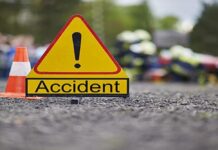 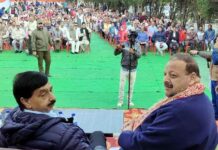