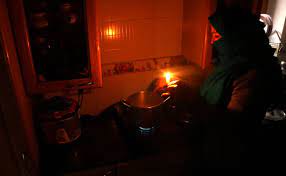 Bandipora, Nov 26: Kashmir Power Development
Corporation Limited (KPDCL) disconnected at least 450
electricity connections for not paying pending electricity
dues in northern district of Bandipora.
An official told that more than 450 electricity connections
were disconnected for the last few days in the district due
to non-payment of bills and more action will be taken in
coming days as well.
He further said that consumers falling under sub division
Bandipora who have not paid any power dues for the last
several years will face similar action in coming days.
Earlier, the government has already announced the
amnesty scheme on pending electric bills as it provides a
huge opportunity to the defaulters. However, at the same
time it was conveyed that once the scheme expires
whosoever failed to pay the bill would face action
warranted under law.

Notably, last week the KPDCL has warned of strict action
against defaulters for not paying pending electricity dues
in old town area of North Kashmir’s Baramulla district.
Earlier, Jammu and Kashmir’s Lieutenant Governor Manoj
Sinha had said that electricity won’t be given to people
without paying for it and those who won’t pay bills for
power won’t get the electricity.