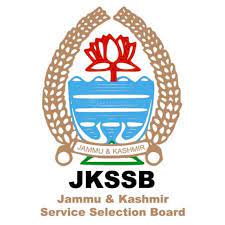 Jammu Tawi: Hit by scandals in the recent past, the recruitment process in Jammu and Kashmir is back on track with the Services Selection Board introducing new measures, including third-party audits and low-frequency jammers to ensure transparency and fairness. However, SSB chairman defended the engagement of the Aptech – a company blacklisted in 2019 saying the company has completed the blacklisted period of three years.

In July, the Jammu and Kashmir administration cancelled the exams conducted for the posts of police sub-inspectors, junior engineers and finance account assistants (FAA), following allegations of paper leak and other malpractices.

The CBI, which is investigating the sub-inspector recruitment scam  after registering a case on August 3 on a reference from the J&K  administration, has already filed a charge sheet on November 12 against  24 people, including a BSF commandant, arrested for alleged involvement  in the scam.

“After a hiatus of several months, we started conducting the written  examination after putting in place several new measures to strengthen  transparency and accountability for fair selection of candidates,”  Rajesh Sharma, who took over as the SSB chairman in May, said.

SSB, the government’s recruitment agency, had last conducted the written examination to recruit police sub-inspectors in March which was  later cancelled.

Sharma said the board successfully conducted the examination to fill up 148 vacancies in the horticulture department and 217 posts of junior  stenographers in two shifts on November 29, which was followed by a  written test of junior engineers to fill up 163 posts in the Jal Shakti  department on December 5 and 6.

“The fresh examination for recruitment of sub-inspectors (home  department) started on December 7 and is scheduled to end on December  20. So far, 32,000 candidates have already appeared in their  examinations on given dates and we are hopeful of completing the process  successfully,” Sharma said, adding that 1.14 lakh job aspirants have  applied for the 1,200 posts of police sub-inspectors.

On December 8, a single bench of the Jammu and Kashmir High Court  ordered the cancellation of the processes relating to exams of police  sub-inspectors and junior engineers after hearing a petition filed by some candidates over the decision of the SSB to hand over the contract  for conducting exams to a “blacklisted agency”.

However, a division bench of the court stayed the single bench’s judgement the next day, allowing the completion of the examination but restrained the SSB from declaring the results till its final judgement.

“The matter is sub-judice,” Sharma said in response to a question about the hiring of Aptech, a company which was blacklisted in 2019, for the conduct of the examination.

However, he said the company was hired as per government guidelines as it has already completed the blacklisting period of three years in May this year.

“When we are selecting a company for conducting a written examination, we also employ checks and balances on our side to ensure  transparency, accountability and fairness in the selection. We are following the procedure which is matching the standards of major  national level recruitment agencies in the country,” he said.

Sharma said the SSB, for the first time, introduced a third-party audit by Ernst and Young LLP to review the processes before the exam, during and after the same, besides installing low-frequency jammers at  designated centres after getting required permissions to render  electronic gadgets useless.

“OMR (Optical mark recognition) was replaced by computer-based test (CBT). The centres where there was even an iota of doubt regarding  credibility were cancelled in consultation with the district  administration and the investigating agencies,” he said.

Besides the SSB, the district administration and the General  Administration Department (GAD) have deployed experts and observers at  the centres, while the police have put in place strict frisking, Sharma  said.

In addition to regular staff, he said the board has also deployed one  member to coordinate with other departments to avoid any confusion and  promptly address the issues, if any, being faced by candidates.

He said technical experts from the information technology department  were made part of flying squads, which were deployed in both Srinagar  and Jammu for random inspection, while senior officers of the board were  divided into teams to conduct surprise visits to each centre.

“All these steps have been taken to ensure transparency,  accountability and fair selection, besides restoring the confidence of  job aspirants in the system. It is a matter of satisfaction that some of  the candidates who have moved the court have also appeared for the SI  examination as per their scheduled date,” Sharma said.

He said bringing reforms with changing times is imperative as “we  have to remain two steps ahead of conspirators trying to undermine the  system for their self-interest, without caring for the hard work of the  students”.